A note about Rules and Scripts

A Script is a Rule too. It’s just a special type of rule that only has a single script action and a “Script” tag.

# Overview of the Run & Process blocks 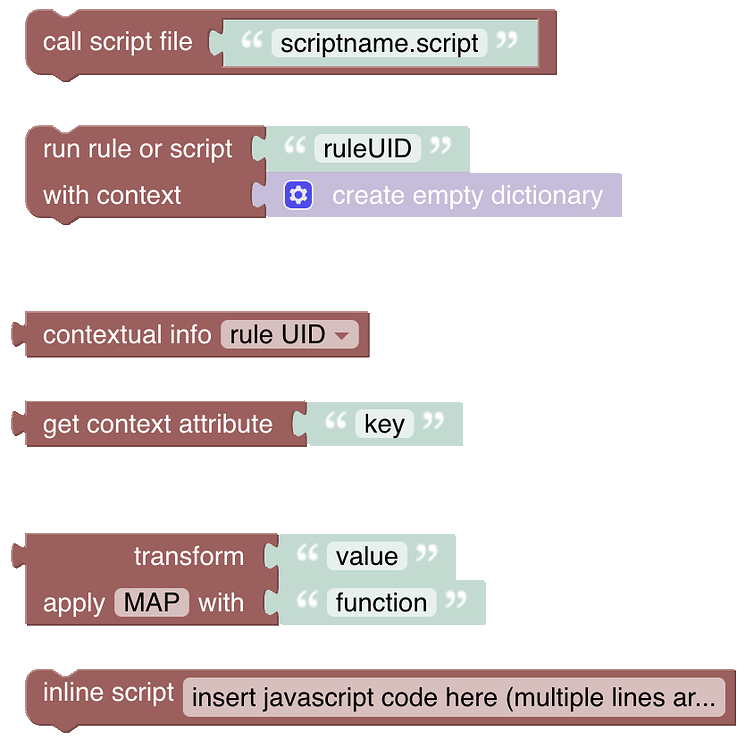 Function: Calls a script file with the given name which must be located in the $OPENHAB_CONF/scripts/ folder.

Function: calls another rule or script that was created via the openHAB UI.

This retrieves the value for the key "myKey1" that was passed by the calling rule. 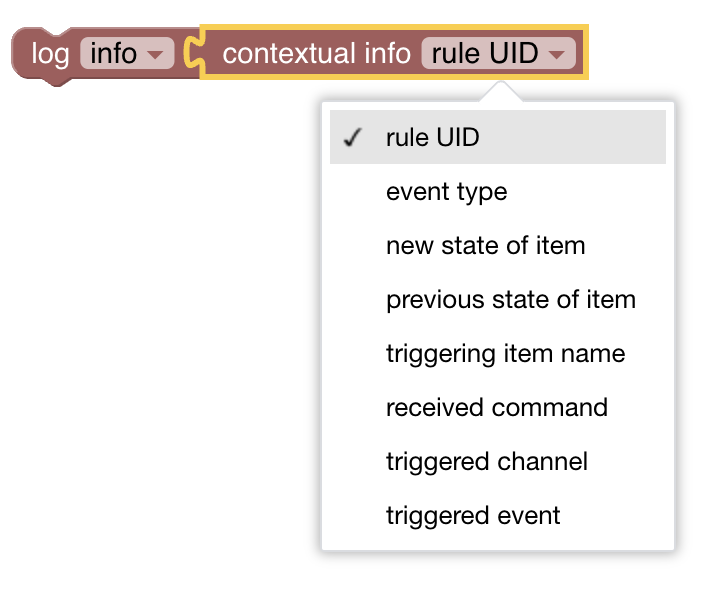 A rule carries contextual information when triggered - this block can retrieve that information.

# Transform values via Map, Regex or JsonPath and others

The following describes examples for Map, Regex, and JsonPath

Function: Transform the given value via one of the different transformation methods

Extract the temperature from the following JSON

by using the jsonpath

This example applies a map transformation from the map file nanoleaf.map in $OPENHAB-CONF/transform/

The above, with the below map file

Provides the possibility to inject any ECMAScript at a given position. This should be used in cases when Blockly does not provide the desired functionality. Use with diligence.