In general, this section deals with two topics

It should be noted that both functionalities do not just work right out of the box because e.g for (1) the audio sinks need to be installed in openHAB and for (2) e.g. the whole Google API needs to be configured in particular with your own personal google account. Even though (2) is not trivial but after having done that the usage of the functionality with blockly is very easy and worth the effort.

# Overview of the Voice and Multimedia blocks 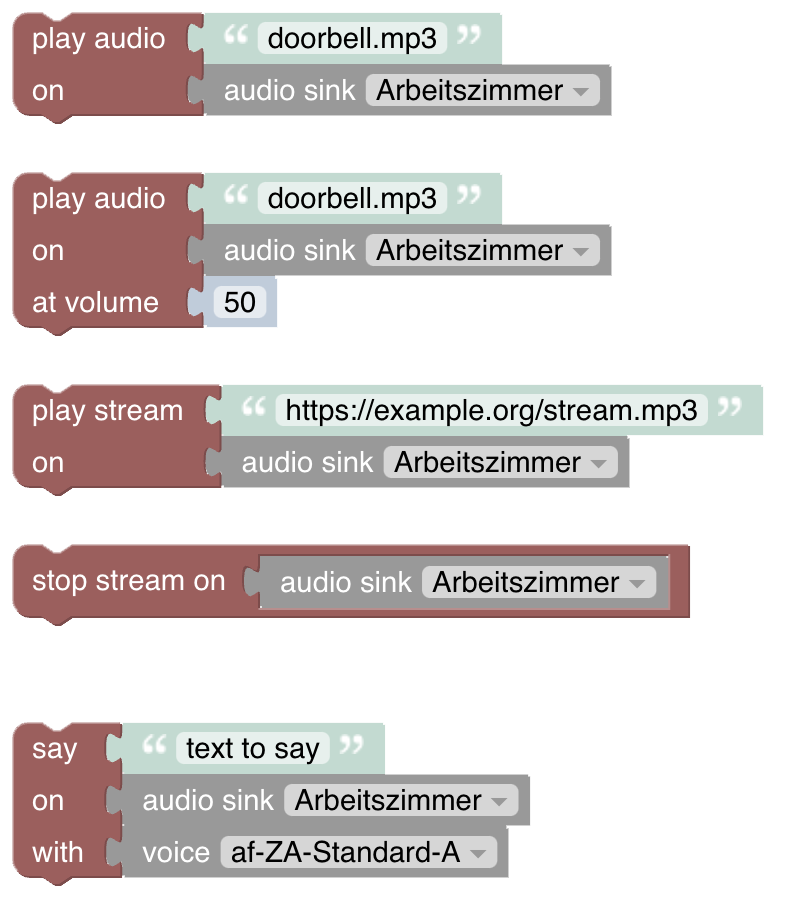 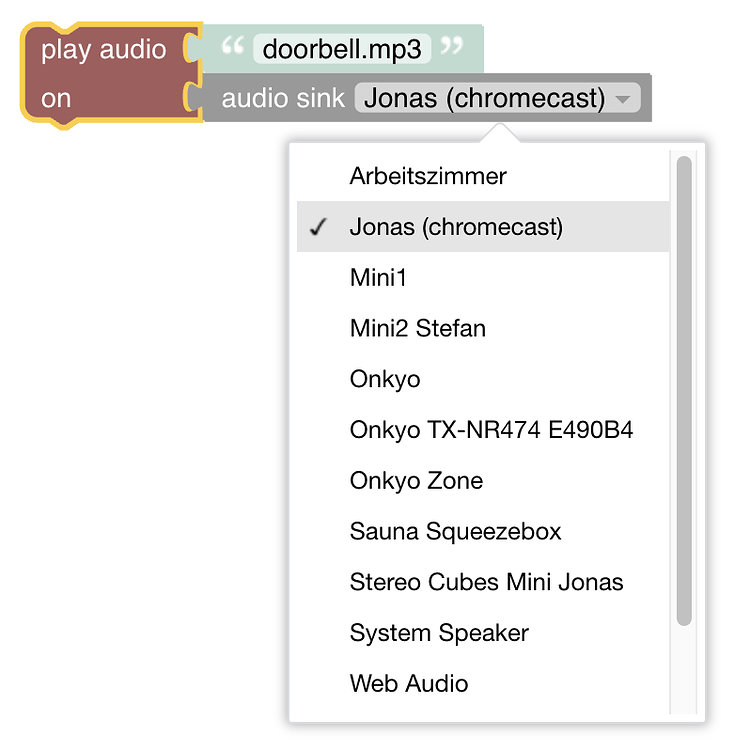 Function: Plays an audio file on an audio sink

Function: Plays an audio file on an audio sink and setting the volume at the same time

Function: Starts an stream playing on an audio sink 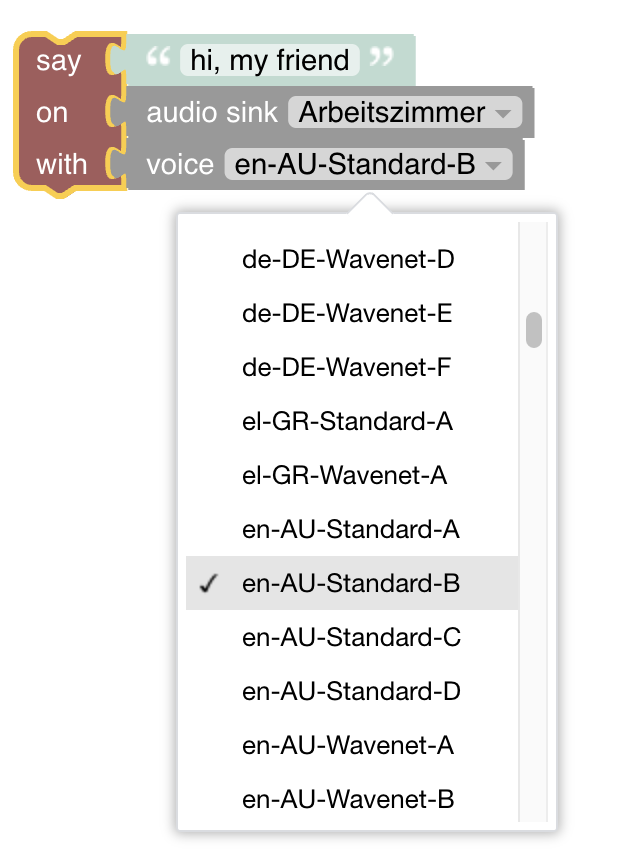 Function: Sends the given text to the sink by using the default Text-to-Speech-Service to translate the text based on the chosen language voice into a stream which is then played on that device sink.